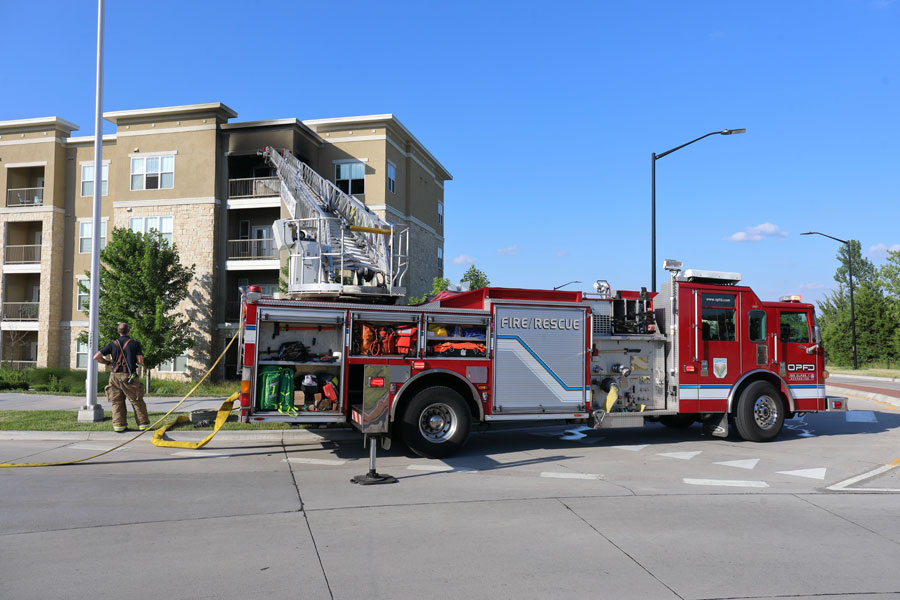 An Overland Park Fire truck with extended ladder reaches to a fourth floor apartment where a fire had originated at the West End Flats at Prairiefire. Photo credit Mike Frizzell.

Residents of five apartments in the West End Flats at Prairiefire Apartments, near 137th Street and Lamar Avenue, were displaced following a fire on Sunday evening.

Recorded radio traffic from Overland Park Police indicates that officers reported heavy smoke from a balcony on the top floor when they arrived. Police were evacuating residents of the building as firefighters arrived on the scene.

“Crews quickly extinguished the fire,” Rhodes said in a news release. “The deck was destroyed, but the unit suffered only smoke damage and water damage from sprinkler activation.”

Rhodes says the officer suffered minor smoke inhalation. No other injuries were reported.

Firefighters rescued two cats from the apartment where the fire started.

Rhodes says the Red Cross will assist the residents of five apartments displaced due to water damage.

The cause of the fire remains under investigation. 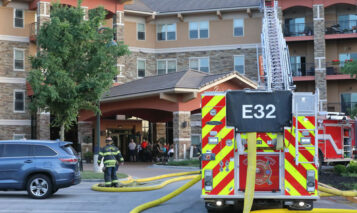 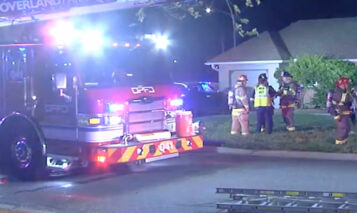 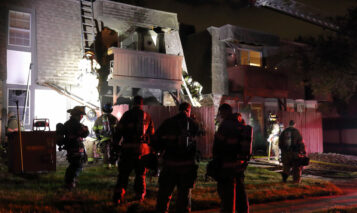