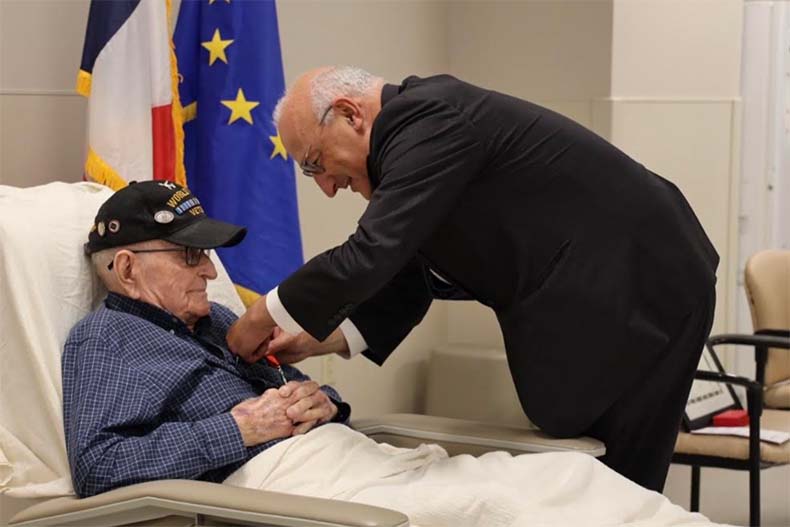 At a small ceremony at Saint Luke's South Hospital in Overland Park, U.S. Army Air Force veteran Richard A. Yunghans, was presented with France's highest distinction for his service in World War II. Above, French Ambassador Philippe Etienne presents Yunghans with the Legion of Honor medal. Photo by Lucie Krisman.

Honoring Yunghans: Family, friends and fellow veterans took the opportunity to thank Yunghans for his service at Monday’s ceremony.

In his own words: “I did my job that I was supposed to do, whether I lived or died,” Yunghans said at Monday’s ceremony. “And I lived, and I was blessed.”