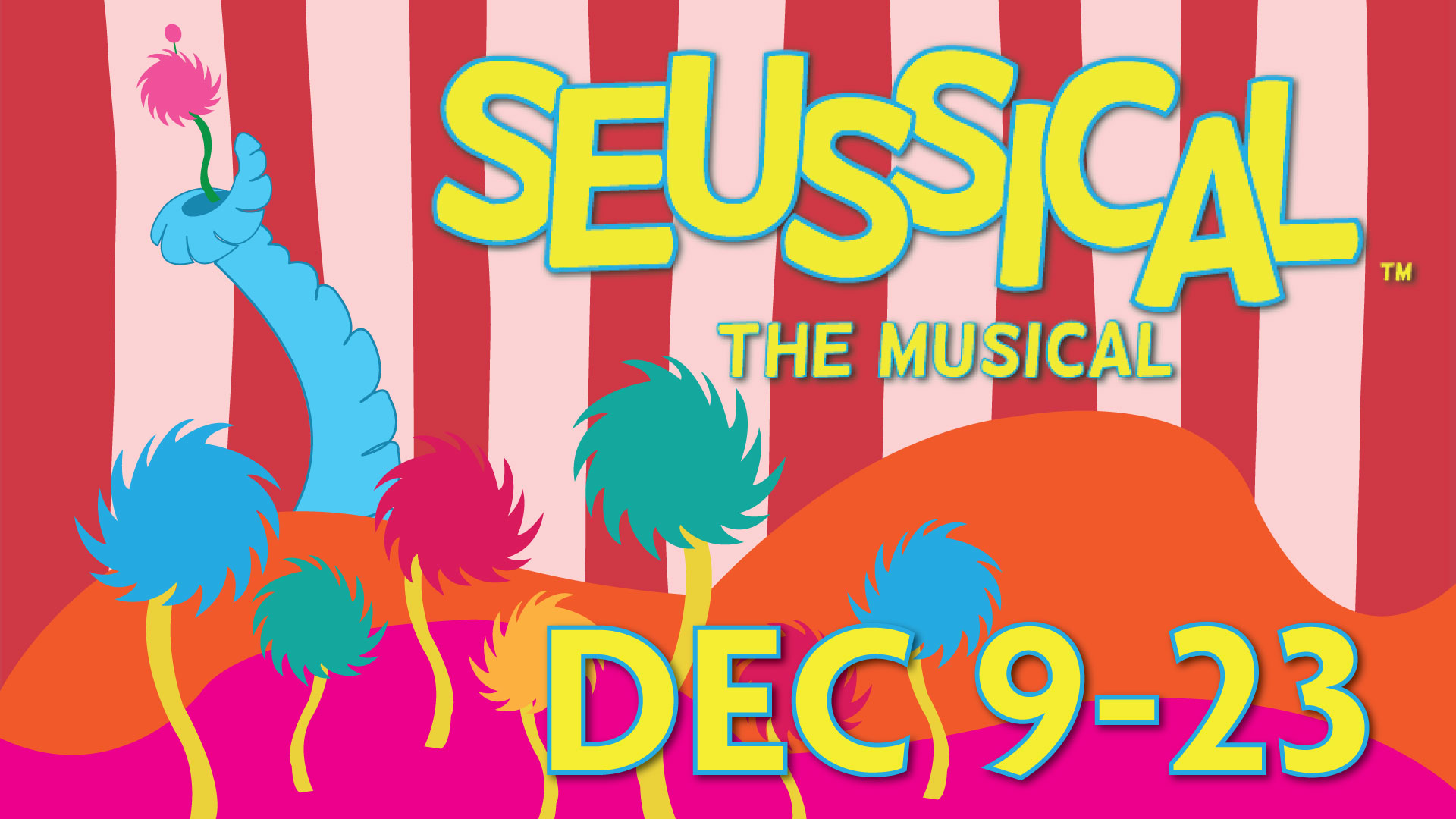 Horton – nice elephant with a really big heart. Hears a call for “help” emanating from an itty-bitty speck of dust as it floats by while he is lounging in a pond in the Jungle of Nool. He has very good ears. He also likes lounging. Horton rescues the floating speck, which he learns contains and entire world of even itty-bitty-er beings called “Whos” and for safe keeping… places it gently on a very soft (and safe) clover. Naturally, it’s better to be attached to a clover than floating around willy-nilly in the jungle.

Enter – The Sour Kangaroo – not-so-nice Kangaroo with an also not-so-nice adolescent that she schlepps around in her handbag. She uninvitedly inserts herself into Horton’s speck saving good deed, and informs the jungle community that he has lost his marbles and is clearly the “biggest blame fool in the Jungle of Nool.”

Horton’s day started off so nice! Lounging… rescuing… singing (well, it is a musical after all). But, just as soon as The Sour Kangaroo hopped into the scene, I’m pretty sure you can imagine – everything starts heading down hill pretty quickly.

In short order, the entire jungle gets involved and sides are picked. Pro dust speck. Con dust speck. You get the picture. (Happens all the time.) 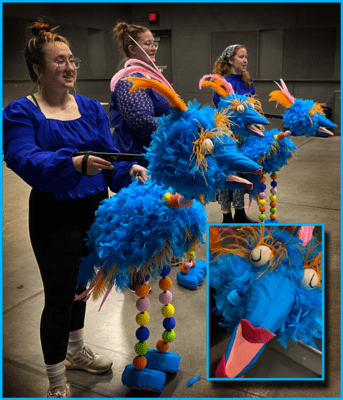 There’s a gaggle of big blue birds with a lot to sing about and three nefarious monkeys (the Wickersham Brothers) that taunt Horton, steal his clover, and then pass it along to a black bottom eagle named Vlad. He ends up dropping Horton’s clover in a giant field of identical clovers out of spite. Just not nice. (Clearly some folks need a hobby!)

But fear not… there is hope.

All the while… in the background… hovers Gertrude, a lovely one-feather-tailed bird. She’s got a thing goin’ for Horton, but he doesn’t notice. (Tale as old as time.) She goes to great effort to make Horton notice her… but I don’t wanna give it away here. Just know that most of the time what you are is exactly perfect!

Meanwhile, someplace close in the jungle, Horton’s tribulations continue, and weirdly… he finds himself egg-sitting on the nest of Maysie La Bird. Yea, go figure. That’s what you get when you have a really big heart and not very sharp analyzing skills. But, she just needed a little vacation from the nest, right?

Of course, Horton is fretting about the buried-in-the-field-of-clover… clover. What will happen to the tiny world of Whos if he can’t find them? He certainly can’t leave the nest and risk the egg getting cold! Well… can he?

Ok… fast forward a bit… (I don’t wanna give it ALL away) we find ourselves in COURT with a kettle of boiling bezel nut oil standing by to rid the neighborhood of that dusty clover! Gertrude is very tenacious in her detective skills come to find out. Yertle the Turtle presides over the ridiculous proceedings. 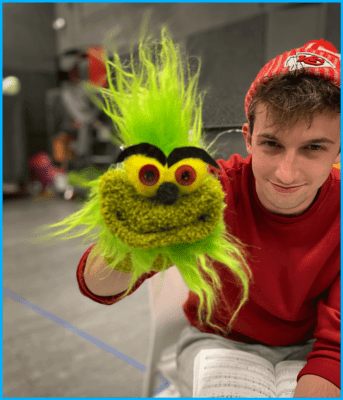 So, as you can see, we find ourselves in a pretty precarious situation! Will the Whos survive? Will Horton notice Gertrude? Will The Sour Kangaroo get her due? Will the Wickersham Brothers grow up and stop bullying big-hearted elephants? Will the three big blue bird-girls move out of the jungle and form a pop girl-group?

Ok. Let’s be honest… it’s a Dr. Seuss musical. So you likely can imagine that things might just get wrapped up with a very tidy bow. Well… you’d imagine right! There are a few characters I didn’t mention, and some unexpected plot twists and turns that are just not worth giving away! Well, ok… the Grinch has a cameo! You’ll just have to come and see for the rest. You won’t be disappointed!

“Seussical the Musical” is an honest-to-goodness delight. Such fun music. Such a sweet, sweet story. It’s fantastic. It’s magical. It’s an extravaganza!

Mostly… it is a story of the powers of friendship, loyalty and community, and ultimately… it makes very clear that a big heart… is absolutely worth it… no matter what jungle you live in.

“Seussical the Musical” opens Dec. 9 and runs through Dec. 23. Tickets are available now at theatreinthepark.org. Bean bag chairs (close to the stage) are available for youngsters (or the young at heart) for all performances.

Join us! We’ll be very happy to see you! 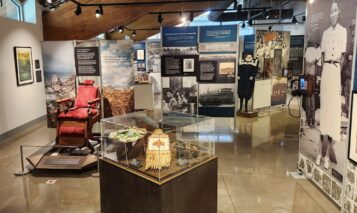 Inside JCPRD: “Away from Home: American Indian Boarding School Stories” 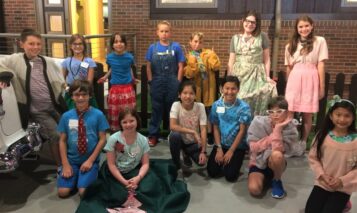 Inside JCPRD: More than 80 JCPRD summer camps offer variety of unique experiences for ages 3 to 17 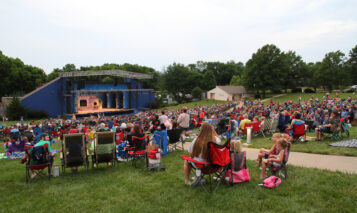 Inside JCPRD: Eight great shows set for Theatre in the Park’s 2023 season 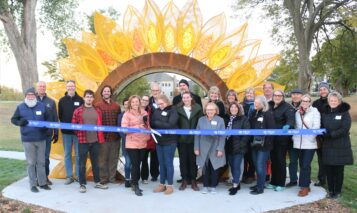 Inside JCPRD: Topping county citizen satisfaction surveys in 2022, and progressing on many fronts 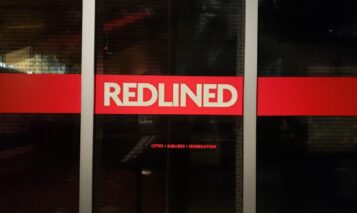 Inside JCPRD: Things we learned during REDLINED