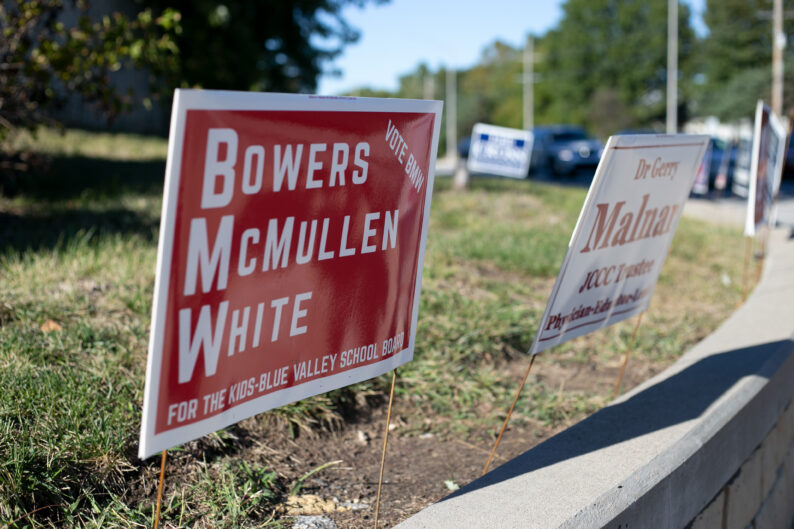 Campaigns for the Johnson County school boards  — especially in districts in which approaches to diversity and the teaching of race became an issue — were some of the most expensive in recent history, according to recently filed campaign finance reports.

Some races in the Blue Valley and Shawnee Mission districts showed candidates raising five-figure sums more akin to campaigns for seats on the County Commission.

For instance, in the race for Blue Valley Position Six, covering the southern half of the district, winning candidate Jim McMullen’s campaign spending topped $50,900.

Interest was high this year in particular school board races that had been targeted by a national political action committee opposed to certain teachings about systemic racial injustice.

The school board races with the highest contributions and expenses all were ones in which that group, the 1776 Project PAC, made endorsements.

However, the group did not follow up with any direct money for those candidates, the campaign reports show.

No contributions then were listed from the PAC in the campaigns of four local candidates the group endorsed: Brian Neilson in Shawnee Mission, and McMullen, Kaety Bowers and Christine White in Blue Valley.

A political action committee can spend money in support of a candidate, and some mailers that went out in the Blue Valley races were from that group. But a search of Federal Election Commission contributions to candidates so far has not shown what the PAC might have spent.

Reports on file only date to the end of September.

Of races the Post reviewed in Blue Valley and Shawnee Mission, McMullen was the candidate with the biggest individual campaign budget by far.

The amount of personal cash McMullen spent shocked Weiss and raised the ire of members of the Stand Up Blue Valley Facebook group, which endorsed Weiss.

“Why in the world would a candidate for our Blue Valley Board of Education — an UNpaid position — spend so much of his own money to try to get elected?” read one of the group’s recent posts.

Weiss said she was expecting her race to be expensive, but in her mind that meant around $10,000.

She added that McMullen’s spending went toward mailers aimed at “scaring Blue Valley residents about what they’re teaching in our schools,” and may have proved the difference in the outcome.

It’s not uncommon for candidates to self-fund their school board races rather than ask for donations, said Patty Logan, steering committee member for Stand Up Blue Valley. But usually that amounts to a few thousand, not $45,000, she said.

For his part, McMullen said that he chose to self-fund mailers because it was an efficient way to reach voters and encourage turnout.

“I did this entire school board run because I am concerned about our community and our children. It’s definitely been worth it,” he said. “Raising money for school board races is super time-consuming, and outside contributions don’t really raise much money. Voter turnout is typically very low … it was twice the turnout this year compared to 2019, and it was still only 25% of the voters. A decent way to get the word out is mailers, but they cost a lot because of the postage required to send to thousands of homes. I just decided to put the money in to be able to do the mailers.”

The Shawnee Mission School District race between incumbent at-large board member Heather Ousley and challenger Brian Neilson was also a high-dollar one.

Other campaigns that reported raising or spending five figures in the most recent disclosure include Blue Valley candidates Andrew Van Der Laan, with $11,173 raised and Gina Knapp, with $10,058.

Van Der Laan lost to Bowers, and Knapp defeated White, who withdrew from the race in August.

In Shawnee Mission, challenger Zack Roberts reported raising and spending $17,040 in his unsuccessful bid to unseat SM East-are board member Mary Sinclair, who raised $8,155 and spent $9,283.

Contributions on county races and in larger cities are capped at $500 a person, but there appears to be no such limit on school boards.

The reports were recently posted on the county election office’s web site and are for the time period ending Dec. 2.

The amounts in the school board campaigns are a departure from other school board races in the county that did not draw national attention.

Other school board contests in Johnson County typically came in with $5,000 to $7,000 for spending on things like signs, events and money handling fees.

This year some of the biggest expenses in the high-spending races were for direct mail and text messaging services, as well as videos.

Did PAC money help or hurt?

Two candidates endorsed by the 1776 Project PAC expressed ambivalence about the group’s involvement. The endorsements made a big splash, coming from a national group with intentions to influence local school board elections.

Neilson said the PAC did not consult with anyone from his campaign before sending out its mailers. He said it’s hard to say whether their involvement caused him more harm than good, but “possibly.”

McMullen also had no ready answer to whether the endorsement helped or hurt more.

“I really have no idea,” he replied in an email. “Seems like it was a distraction more than anything.”

Logan said the PAC’s endorsement “definitely factored in” to McMullen’s and Bowers’s victories.

“When you talk about a 51-vote margin you almost can’t discount anything,” she said.

But she also admitted that McMullen and Bowers were out in public a lot, holding forums and campaigning hard.

There was controversy during the campaign about the national PAC’s involvement, along with questions about literature calling on voters to cast ballots for White, even though she had withdrawn her candidacy.

The mailers did not carry information about who was responsible for funding them.

That, plus the recently released finance reports has drawn attention to a lack of campaign transparency in Kansas in local school board elections.

Except for Wichita, school boards and community colleges in Kansas do not follow the same rules as those for state, county and larger city elections.

While the state ethics commission enforces campaign finance rules on bigger elections, it has no enforcement authority on school board races. Any complaints about campaign malfeasance in school elections would go through local officials.

Although school districts in Johnson County and Johnson County Community College handle millions of dollars of tax money each year, the election of their school board members has limited transparency.

For instance, there are no rules requiring disclosure of who paid for flyers. And finance reports are not due until a month after the primary and general elections.

That means voters may not find out who funded a campaign until after the elections are long over, especially if candidates didn’t have a primary.

Weiss agreed that the size of this year’s campaign spending may warrant closer scrutiny of the process in the future.

“Local school boards never needed a lot of oversight because they were low budget,” she said. But given the changes this year, that deserves a second look, she said.

Logan with Stand Up Blue Valley said the law could be easily fixed by adding some of the larger Kansas districts — including Blue Valley and Shawnee Mission — to the ethics rules now governing elections for Wichita schools and first-class cities.

“We don’t have to reinvent the wheel,” she said. “Voters should be able to have access to that information about who’s funding the campaign and what the campaign is doing with the money.”

Neilson, who ran for Shawnee Mission school board, said state law on filing deadlines in particular needs to be written more clearly.

He said he spent hours trying to find out whether he needed to file an expense report after the primary elections even though he did not have a contested primary. Even the local election office couldn’t definitively answer his questions, he said.

“Who is the person who is the expert on campaign finance law? Anybody?” he said of his quest for information. “Somebody needs to fix that.” 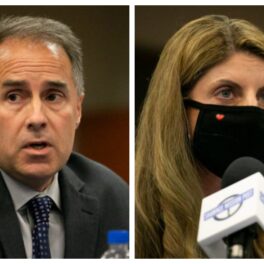 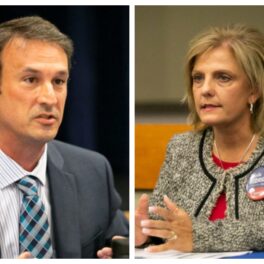 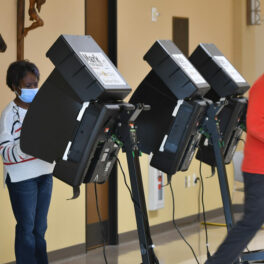 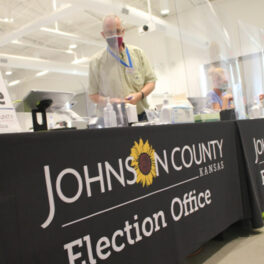 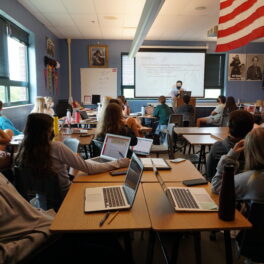 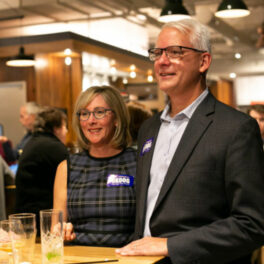 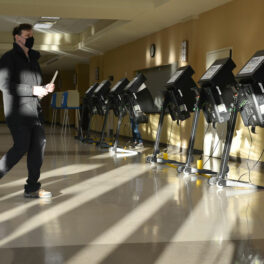 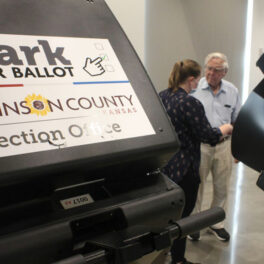 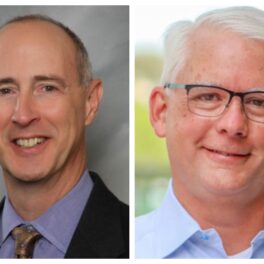 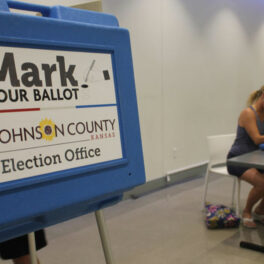 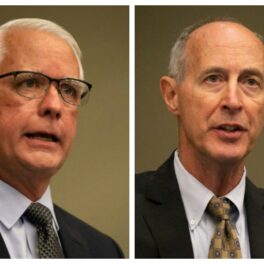 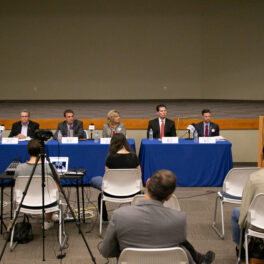 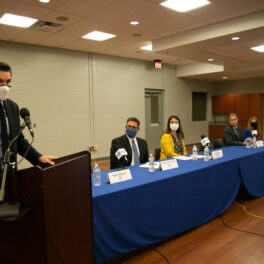 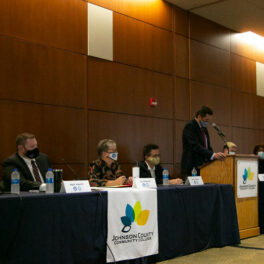 These Shawnee Mission seniors up for Presidential Scholars honor